UZBEK PRESENCE IN FRANCE : ECHOES OF AN ANCESTRAL RELATIONSHIP CALLED UPON TO STRENGTHEN

By Karim IFRAK
Dr. Karim IFRAK is an Islamologist and codicologist specializing in the geopolitics of the Muslim

Although it is still little known to the general public in France, Uzbekistan, an ancestral country nestled in the heart of Central Asia with nearly 35 million inhabitants, has cultivated its diplomatic relations with France since the dawn of time. High-level relations that have their roots in the Middle Ages, precisely in the time of Tamerlan (m. 1405) and of King Charles VI (m. 1422). From these relations, which have been maintained up to the present day, an increasingly close collaboration has emerged between the two regional and international powers. From these relations, which are constantly growing, the Constitution of Uzbekistan was born, as was the model of separation of powers, both of which were based on the constitution of the Fifth French Republic.

Admittedly, in the light of modern history, diplomatic relations between the two countries resumed only after the fall of the USSR in March 1992. A diplomatic protocol was immediately reinforced by the Treaty of Friendship and Cooperation of October 1993, paving the way for an official visit by François Mitterrand in April 1994. Since then, the number of official visits to the highest state level has only increased. These include official visits by Foreign Ministers Laurent Fabius and Jean-Marc Ayrault to Uzbekistan in March 2013 and April 2017, respectively.

FROM DIPLOMATIC RELATIONS TO ECONOMIC EXCHANGES

However, while it is true that Uzbekistan maintains its relations with France carefully, it is also true that it was in the aftermath of the historic visit of Uzbek President Shavkat Mirziyoyev to France on 8 and 9 October 2018 that the foundations were laid for high-level cooperation, which has since been growing stronger. And it was with a view to keeping the flame alive that the then French Foreign Secretary visited Uzbekistan on 16 and 17 April 2019, specifically empowered to monitor the implementation of the agreements concluded and the commitments made. A mission during which he seized the opportunity to open the doors of the first honorary consulate of France in Samarkand.

Focusing on economic issues, France’s trade with Uzbekistan quickly rose to more than €235 million (2020). An essential driver for this dynamic, MEDEF International took an important part in this by visiting Tashkent (capital of Uzbekistan) in May 2017, May 2019 and May 2021 respectively.

Witnessing the vitality of these economic relations, many leading French companies embarked on the conquest of this new market with promising prospects. Companies including Airbus, Total Eren, Eiffage, Thales, Vinci, Rungis, Orano, Suez, Leroy Merlin, Sanofi, Natixis, Credit Agricole and Bpifrance. Opportunities that have led to several major projects under consideration, including the organization of the production of Renault cars or the construction of a nuclear power plant.

Although it is naturally far from all the seas, Uzbekistan is of great importance because of its strategic position, particularly as a crossroads between Europe and Asia. Between steppes, mountains and winds, he has contributed to the development of science, technology and knowledge throughout the ages. And here, the history of science leaves no doubt. The Encyclopedia of Central Asian Scholars, edited in Cairo under the direction of Abd-Allah Saad, lists the names of more than 3,000 scholars, natives of 900 towns and villages in the region. Moreover, it states that more than 35% of the Muslim scholars who lived in the first five centuries of Islam were from Central Asia. Understand this, native of greater Uzbekistan.

Undoubtedly, Central Asian thinkers have worked, almost like no other, in mathematics, astronomy, philosophy, musicology, medicine, geography, and even in the art of beautiful writing (calligraphy) which allows to give substance, in writing, to scientific advances. To mention only a few cases, we will start with Abu al-Abbas al-Farghânî (m. after 861), who was the personal astronomer of the great Abbasid Caliph al-Mâmoun (m. 833). Author of several reference works, he developed new values for the inclination of the ecliptic, the precession movement of the apogees of the sun and the moon, the circumference of the Earth, as well as the distances of the planets from the latter. His highly successful work was the basis of Johannes de Sacrobosco’s famous book, « La Sphère » (De sphaera mundi), which had more than 200 editions and served as a teaching book in European universities until the 17th century. And in 1935, to pay tribute to this luminous spirit, the International Astronomical Union (IAU) gave the name « Al-fraganus » to a crater of impact on the visible face of the Moon.

Ulugh Beg (m. 1449), second great figure of Uzbekistan. Astronomer and mathematician, this sultan of the Timurid dynasty whose work continues to be the subject of numerous publications in Europe and the USA, is mainly known for having led a team of 70 researchers who collaborated in the creation of the famous « Sultan Tables ». A major astronomical catalog that has made a difference, allowing us to list 1018 stars, before passing into the hands of scholarly circles in Europe.

The third, but not least great scientific figure of Uzbekistan is the great philosopher, astronomer, mathematician, but above all the one whom the world of practitioners considers as the « Prince of medicine »: Avicenne. A great scholar also a great specialist in the humanities among others, known throughout the Muslim world as Ibn Sina (980-1037). A great name that still makes people talk about him, especially in France, through the Avicenne International Prize, organized every year by the Association France-Avicenne, in collaboration with the National Academy of Medicine.

With this exceptional scientific background, Uzbekistan had naturally planned to organize, in its capital in Tashkent, the first Uzbek-French forum of university rectors. It is true that Uzbekistan, because of its isolation, is fully aware of the need to collaborate with the best research institutes in order to maintain and develop its scientific, technical or technological skills.  For this reason, it does not hesitate to rely on structural and administrative reforms aimed at modernizing all sectors of education, developing the fields of new technologies, strengthening related skills and creating a more favorable environment for innovation and research and development. Its public policies are now increasingly geared towards more sustainable development strategies, particularly those relating to renewable energies, biotechnology or the preservation of biodiversity. To this end, priority is given to developing infrastructure to promote innovation, through the establishment of science and technology parks and the support of innovative companies, in particular start-ups. A global strategy that is also expressed by the establishment of real knowledge economies, including schools of highly specialized and thus qualified engineers. More concretely, in the five-year plans up to 2050, Uzbekistan intends to develop new industries in the fields of mobile, multimedia and space technologies, nanotechnologies, robotics, genetic engineering and new energies. This is a challenge that this great Central Asian country will have to face and for which France will certainly have to play a major role.

RELATIONSHIPS THAT ARE CULTURALLY VALUABLE

Rich in historical monuments, Samarkand, to mention only this Uzbek city among the oldest inhabited cities in Central Asia, was proclaimed in 2001 by Unesco, a cultural crossroads and a World Heritage site, before celebrating, a little later (2007), its 2750th anniversary. A mythical city, famous for having been, for millennia, a crossroads of the Silk Road linking China to Europe, Samarkand has known many renowned travelers, Marco Polo (m. 1324) and Ibn Battûta (m. 1368) in mind.  And it is in order to celebrate this ancestral city that the most hidden treasures of this multimillennium country will be exhibited in the world-famous Louvre Museum from November 23 to March 6. A unique ensemble that will leave, to the great delight of the Parisian and international public, the time of the “Splendeur des Oasis d’Uzbekistan”, its birthplace. Retracing 17 centuries of artistic and cultural history, no less than 130 works selected from the heart of the Samarkand and Bukhara collections, will have the delicate mission of testifying to this glorious past that continues to fascinate until today.

The documentary film “On the Eternal Roads of Samarkand”, produced by Sophie Goupil, will also be screened in order to echo the exhibition “Splendors of the Oases of Uzbekistan”. Produced in partnership with the Foundation for the Development of Arts and Culture (Uzbekistan), the Ministry of Culture (France), the National Arte Channel, the National Geographic Channel and the Louvre Museum, this film showcases the objects, ornaments and monuments that have marked the different periods of history of Uzbekistan. It also pays tribute to the work of archeologists, conservators and museum conservators, who have discovered and highlighted this exceptional heritage. For the benefit of the general public in France, the Arte television channel will also be broadcasting on 27 November.

In the same vein, “On the Roads of Samarkand: Wonders of Silk and Gold” is an exhibition, this time in collaboration with the Arab World Institute. Supported by the Foundation for the Development of Arts and Culture (Uzbekistan), this exhibition, scheduled from November 2 to June 04, recounts the history of the Uzbek craft treasures of the nineteenth and twentieth century country. Dress arts, jewelry, tapestry, ceramics and embroidery, all of these exceptional collections will immerse the many visitors expected in the heart of Uzbek traditions, cultures and plural identity.

These are some echoes of the Uzbek presence in France that the general public will discover with happiness. These echoes reflect, in part, not all, the strong bilateral relationship that the two republics are working to cultivate closely. 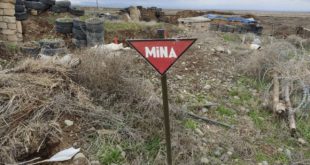