UZBEKISTAN, A MAJOR CROSSROADS OF CULTURES AND KNOWLEDGE

By Karim Ifrak
Doctor of the Practical School of Higher Studies (EPHE), Karim IFRAK is an Islamologist. A researcher at the CNRS, he is a specialist in the history of texts and contemporary ideologies. With several written contributions to his credit, he is the author of: ” Should we reform Islam? Some keys to reading”, ed. Bouraq, Paris, 2017. “Liberty, Equality, Fraternity: Spiritual Values, Republican values”, (prefaced by the Prime Minister Mr. Édouard PHILIPPE), Olivétan, Lyon, 2018. “Ibn Achour, his life, his work and his thought », Published by the IMA, 2020. Currently, he is working on the release of his next book: The Prophet of Islam: five centuries in the eyes of the greatest Western thinkers.

Central Asian country of 34.5 million inhabitants, the Republic of Uzbekistan is one of the most emblematic countries of the Muslim world. Bordering with Turkmenistan in the southwest, Kazakhstan, Afghanistan and the Aral Sea in the north, Tajikistan and Kyrgyzstan in the east, this young republic has never ceased to capitalize since its independence in 1991, memberships within major international governmental bodies. In just a short time, she became a member of the UN, OSCE, UNESCO and WHO. And under this same logic, it became a member of the Commonwealth of Independent States (brings together 12 of the 15 former Soviet republics), as well as a founding member of the Shanghai Cooperation Organization. Today, 165 states have officially recognized Uzbekistan, and 136 of them have established diplomatic relations with its capital Tashkent.

However, while this great nation intends to take full advantage of modernity, it remains one of the countries in the Muslim world to have collaborated the most in the writing of much of its history. Ideally located at the crossroads between China, India, Persia and the Byzantine Empire, Uzbekistan could not escape, naturally or almost, the greed of the surrounding great powers. In turn, it was occupied by Alexander the Great (d. -323), the Umayyad Caliph Abd Al-Malik ibn Marwān (d. 705), Genghis Khan (d. 1227), before Tamerlan (d. 1405), this native of the country, made him the heart of his powerful empire.. Even today, it suffices to pronounce the names of Samarkand, Bukhara, Khwarezm (present-day Khiva) or Termez to make the mind travel through a thousand and one lives. Its capital, Tashkent, famous for housing one of the oldest known manuscript Korans: the Muṣḥaf of Caliph Ottman (d. 652), is a striking material proof of this.

SAMARCANDA, A CITY CROSSROADS OF CULTURES

Samarkand, sublime mythical city, famous for having been, for millennia, a crossroads of the Silk Road linking China to Europe, has known many famous travelers, Marco Polo (d. 1324) and Ibn Battuta (m. 1368) in the lead. The latter, after having stayed there around 1335, recorded this precious testimony in his famous travelogue.

“I headed for the city of Samarkand, one of the largest, most beautiful and most magnificent cities in the world. It is built on the edge of a river called the Foulons River, and is covered with hydraulic machines that water the gardens. They have platforms and seats to sit on and shops selling fruit and other food. There were also considerable palaces and monuments on the riverside which heralded the uplifting of the spirit of the inhabitants of Samarkand. The people of Samarkand have generous qualities and are friendly to strangers. “.

Rich in historical monuments, this city, one of the oldest inhabited cities of Central Asia was, proclaimed in 2001 by Unesco, crossroads of cultures and world heritage site, before celebrating, a little later (2007), its 2750th anniversary. However, if Samarkand is famous, in particular, for its Samarkand blue, it is just as much for its famous paper which for centuries bore its name. Indispensable support for the fixation of writing, the paper of Samarkand, in addition to revolutionizing the modes of transmission of knowledge, was to make this city one of the best known in the world. A jealously well-kept secret that the Abbasids, victorious at the battle of Talas (751), snatched from two Hans papermakers who were taken prisoner. Founding then the very first stationery of the Moslem empire, Samarkand diffused its invaluable support in the Islamic world, before it reaches Europe by Andalusia.

BOUKHARA, A CROSS-COUNTRY CITY OF SCIENCES AND SPIRITUALITIES

If Uzbekistan collaborated in revolutionizing the modes of transmission of knowledge, it was also so as an actor in the development of Islamic sciences, still in progress today. Whether it is haditology, theology, philosophy, mathematics, medicine, pharmacology or mysticism, Islamic thought owes a lot to this country of Greater Khorasan.

Whether it is Bukhara or Termez, these two mythical cities gave birth to two traditionists who collaborated to revolutionize the sciences of hadith. Renowned for their unparalleled collections of hadiths, Imams Bukhari (d. 870) and Termiziy (d. 892), both bearing the names of their birth towns, are two figures that are no longer presented. Their two collections form a good part of the basis of the Prophetic Tradition, considered in Islam as the second founding text, just after the Koran. However, if the name of Bukhara is extremely overused within the Muslim world in view of its great traditionist, it is just as much for being the original home of the oldest Sufi brotherhood in the world : the Naqshbandiya. Founded in the region of Bukhara in 1111 by the Sufi master Abu Yaâqub Yusuf al-Hamadâni (d. 1140), it will shine first in Central Asia, before gradually reaching the Indian subcontinent and Turkey. Nowadays, thanks to these numerous centers, the influence of this Tarîqa, soon to be a thousand years old, extends over several countries in the Middle East, South-East Asia and North and South Africa. But also in Europe, North and South America, Australia and New Zealand, as well as Russia and several regions of China.

A hotbed of Islamic spirituality, Bukhara is just as much through other scientific disciplines that a certain Ibn Sinâ (d. 1037) will endeavor to develop like no one before him. From his Latinized name “Avicenna”, “Sheikh al-Rais” is undoubtedly one of his most famous children. Intellectual summit of the medieval world, this rarely equaled polymath is one of the most remarkable minds in the Muslim world. By the age of ten, the one Europe nicknamed princeps medicorum (prince of doctors) had finished memorizing the Koran, mastering arithmetic, geometry, and logic. At 16, brilliantly received as a doctor at the Djundaysabur school, he was admitted a year later as a teacher in the Bukhara hospital. A prolific author, Ibn Sinâ has committed some 450 works in medicine, philosophy, theology, astronomy, psychology, logic, mathematics, physics, geography, geology, alchemy and poetry. In Europe, his fame will be fully acquired after the translation into Latin of his work Le Canon by Gérard de Crémone (d. 1187). A world reference that will be part of the classic program for medical students until the end of the 17th century. To this day, the exceptional scientific spirit of this outstanding scientist continues to fascinate and inspire the greatest thinkers of our time.

KHWAREZM, A CITY AT THE CROSSROADS OF MATHEMATICS

A mythical city among many in Uzbekistan, Khwarezm (present-day Khiva) is above all for giving birth to one of the most brilliant mathematical minds in the world. With his full name Mohammad Ibn Moussa al-Khuwārizmi ((d. ​​850) is undoubtedly the father of modern mathematics. Author of The Abrégé du Calcul par la Restauration et la Comparison, an exceptionally innovative work, al-Khuwārizmi addresses the very first symphony of mathematical variables. With a logic hitherto unknown, he establishes there, durably, the first modern foundations of algebra, with a revolutionary methodology for the resolution of linear and quadratic equations. Prolific author, this world-famous and recognized Uzbek, has committed several other reference books in algebra, trigonometry, mechanics, astronomy, geography, cartography and many other hard sciences. During the 12th century, the Latin translations of his many works will allow the West to access a lot of valuable knowledge, including decimal representation of numbers. And if until then, you haven’t recognized it, then know that he is the modest inventor of zero. A term which actually derives from the Arabic word “sifr” from which derives the words “figure” and “zefiro”, hence the algebra, the logarithm, the geometry of the spheres and many other sciences essential to our satellites, our computers, our planes and down to the net which keeps us informed.

Also, fully aware of this cultural, spiritual and scientific heritage bequeathed by generations of master-thinkers and spiritual-masters, Uzbekistan intends, more than ever, to pay them the homage that is due to them. As a result, at the initiative of President Shavkat Mirziyoyev, several institutes of academic level opened their doors wide. These include the Center for Islamic Civilization in Uzbekistan and the International Islamic Academy of Uzbekistan, as well as the International Research Centers of Imam Bukhari, Imam Termiziy and ‘Imam Maturidi. Projects that reflect, in addition to the Scientific School of Hadis; an institution of higher religious education, the momentum of ongoing reform sweeping across the country. A dynamic which also gives pride of place to strengthening the spirit of multiculturalism and multi-confessionalism through, in particular, the strengthening of intercultural and inter-religious dialogue. These are all initiatives considered to be priorities within the framework of the Action Strategy for 2017-2021. In the eyes of President Shavkat Mirziyoyev, the agenda must now include, for the attention of the general public, that Islam, a purely humanist religion, proclaims the values ​​of peace, friendship and harmony, and instills the noble concept of “Enlightenment Against Ignorance”. And it is therefore in this spirit that a special resolution of the United Nations General Assembly “Enlightenment and religious tolerance”, on the initiative of Uzbekistan, was adopted in December 2018. 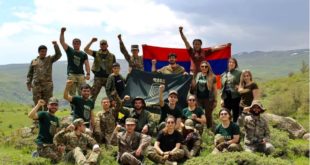 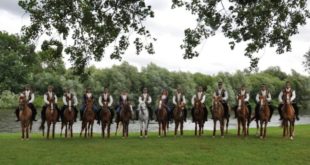 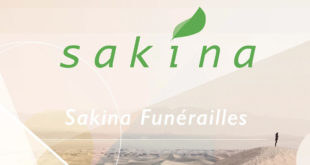 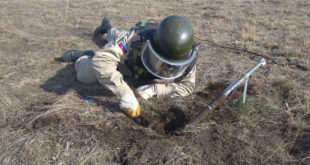