Who is this screamer in the street…?!! a poem by Ali Khalifa

Ali Abdullah Khalifa is a poet from Bahrein and one of the founders of modern poetry in the Golf. His first work was published in 1969 as well as ten of his collections written in classic Arabic and dialectic one. His poems were translated into French, English, Italian, Portuguese, and Perse. Some extracts of his poems were selected in the teaching program of Arabic in the schools of the Golf. Khalifa’s poetry relied on studies and university researches that were published in many works. He had composed a collection in which some of his poems were interpreted by the biggest singers.

Who is this screamer in the street…?!!

Here is one of his poems, which was written when the whole world was locked-down and people were afraid for their lives.

Who is this screamer in the street?!
With a frightened voice and broken heart
Who is this mad man?!
The street is empty … all doors are closed
A dim light …
Comes from a burdened lamp…
In the street, there is silence and stillness
And the stars of the night, dangle like spheres of extinguished crystals.

Is he crying over someone…?!
Who lays among the arranged caskets and coffins that have been laid bare?!
For none of them seem to concern him
Perhaps, all of them concern him, but this wretched soul does not know
Why does this screamer in the street weep, and struggles?!
With indignant keening ..?!
Does he utter frightened speech that cannot be understood?!
And calls … and calls those who cannot hear!!
He screams, but one does not know, if this is a scream…
Or wailing coming from stricken bells…
Or are these the chants of minarets that call forth in the darkness
Or is it the returning echoes from cries, of a defeated world
Sobbing against a wall?!

O, God, who is this lost wretch?!
Who threw him, lonely, without aid, in the street?!
Why are all the doors of people closed?
Why are all the lights dim?
No one appears … there is no sound.. no subtle movement?!
Why does the cosmos appear depressed … perplexed … bereft?!
O, heart of the hopeless sick,
Is this real?!
Really … did all the treasuries of wealth return in defeat?!
Is it true that the laboratories arrived powerless in the divine presence?!
Really … really … or is this a frightening dream?
Are all the sciences of this world barren…?
Can the bonds escape our hands’ embrace?!
Why has sailing become so rare and every journey so distant …
Between heart and heart, many deserts and maps have transpired?!

Who is this screamer in the street?!
Is he insane?! … or lost?!
Oh you, …
Oh you, tell me, do you hear me..?*
Are you grieving for someone in seclusion or quarantine …?
Are your tears well enough to flow ??
Return to your home…
Stay in your abode … and cover your face
For this world has become like another … so be careful
Some might walk around you, from the walkers
Be aware of who moves about you …
Be careful … and remain distant
For nearness will infect you … so evade
Try to understand the meaning of every speck of dust
That roams near you
Decode the symbols of a riddle … that appears elusive
Don’t scream like a mad man … learn …
O, my heart try, … You might come to know
And unveil the secret of secrets:
The hand of God, The great.

Ali A. Khalifa
Bahrain – May 2020
Translated by: Dr. Ali Hussain
University of Michigan 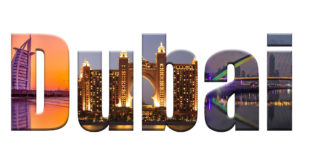 WHAT FUTURE FOR DUBAI? 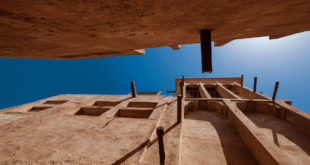 THE MYSTERIES OF DUBAI 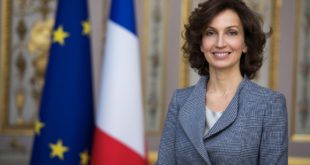 LETTER-APPEAL FROM AZERBAJANIS FROM ARMENIA, MEMBERS OF THE AZERBAIJANI DIASPORA IN FRANCE 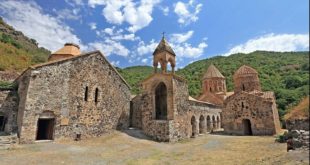 The Albanian Church is one of the oldest Eastern Christian cults. ransacked by the Armenian forces during the years of occupation, it is reborn today.