2 Azerbaijani journalists: Meherrem İbrahimov, who worked as a reporter at the AZERTAC News Agency, and Sirac Abishov, who worked as a cameraman at the Azerbaijani National Television (AZTV) were killed and 3 people, including an employee of AZTV, were injured in the explosion of a mine laid by Armenian forces in Kelbajar during the occupation.

Frédérique Dumas, Member of French Parliament, and member of the Foreign Affairs and European Affairs Commission, reacted by declaring “France and the international community must require Armenia to communicate the map of the location of the mines. in the territories where they were installed. Civilians cannot be held hostages in conflicts. International law must be respected by all parties only way to find peace“.

However, despite the tripartite agreement signed on November 10, 2020 between Russia, Azerbaijan and Armenia, which puts an end to the conflict in Nagorno-Karabakh and the adjacent regions, the Armenian government stubbornly refuses to indicate the ‘location of the mines with which it has strewn the ground, the roads, the monuments, and even the cemeteries.

This attitude deliberately violates international law and the most basic humanitarian principles, in particular the Geneva Convention of 12 August 1949 on the protection of victims of war, as well as the Second Protocol of the Convention, revised in 1996, on the prohibition or the restriction of the use of certain types of conventional weapons considered to be capable of causing losses to civilian populations. This stipulates in particular that “When a party no longer controls areas in which it has set up minefields, mined areas, mines, booby traps and other devices, it provides the party which has control, under paragraph 2 of this article, to the extent that the latter so permits, the technical and material assistance which the latter requires to discharge this responsibility. “

Armenia is also in violation of the provisions of the 1999 United Nations Convention on the Prohibition of the Use, Stockpiling, Production and Transfer of Anti-Personnel Mines. According to this convention, the parties to the conflict undertake to submit maps of demining areas after the end of the war and not to use anti-personnel mines.

As the french senators recalled in their report of the national commission for the elimination of anti-personnel mines: “France has greatly contributed to bringing the debate on anti-personnel mines to international forums. It was she who, in application of a provision of the Geneva Convention of 1980, asked the Secretary-General of the United Nations in 1993 to convene a Review Conference for the revision of Protocol II, in order to remedy its shortcomings. For France, it was a question of extending the scope of application of the protocol to non-international armed conflicts, of strengthening the prescriptions prohibiting or limiting the use of certain mines and of remedying the absence of measures relating to transfers and international verification. Through its diplomatic action and its participation in international assistance, France has always been at the forefront of the fight against anti-personnel mines. Accession to the Convention imposes new obligations on it, mainly in the area of ​​employment, which it intends to quickly comply with. “

Mr. Gilles Carbonnier, vice-president of the International Committee of the Red Cross, underlined in Geneva on November 16, 2020: “The Convention on the ban of anti-personnel mines is one of the most widely accepted arms treaties of all time. From a humanitarian perspective, the Convention, which entered into force in 1999, protects and will protect present and future generations from the loss and injury caused by anti-personnel mines. By completely banning the use, stockpiling, production and transfer of such devices, the Convention, underpinned by a strong humanitarian action plan, under which States commit to eliminating the threat posed by mines already laid, raising awareness of the dangers of these weapons and providing assistance to victims, has helped to reduce the annual number of civilian casualties by around 90%. “

“With the financial support of the United Nations, the Azerbaijani Mine Action Agency has defused around 4,500 anti-personnel mines, 2,500 anti-tank mines and 750 other types of bombs which had not yet exploded”, explained to France 24 TV Channel  Idris Ismayilov, Chief of Operational Staff of the Agency. But without the maps Armenia holds, “it will take at least decades of meticulous work by deminers, the financial involvement of the United Nations and that of NGOs to bring this land out of a state of war for good.”

These mines have already killed more than 20 people since the end of the conflict. How many more victims should we expect before France which, let us remember it, co-chairs the Minsk Conciliation Group, reacts and takes the necessary measures so that the Armenian government finally respects the law? It is for the safety of everyone, the Armenian people as well as the Azerbaijani people. 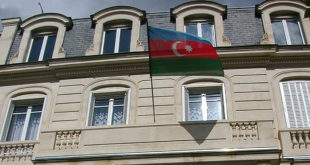 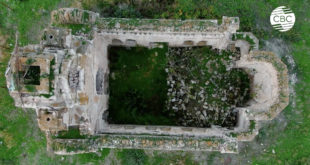 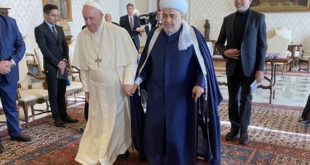