THE CONFLICT OF KARABAGH : THE KEYS TO UNDERSTAND

It remains difficult to truly understand a conflict opposing two former USSR colonies and which mixes political rivalries, ethnic problems, and foreign interventions within an economical context. The war opposing a mono-ethnic Christian country with a multiethnic secular state which has a Muslim majority shows how wrong is the Western point of view about the conflict. We will try to shed more light on the conflict by analyzing each of its facets.

The Birth of the Two States

These two Transcaucasian countries were founded after a series of conflicts after the post-World War inextricable period and the collapse of the Ottoman empire then after the October Revolution. The region of Transcaucasia was populated by different ethnic groups interwoven into each other with strong cultural heritage. The region was the theatre of many fighting between Armenians, Azeris, Georgians, and between Kemalist Turkey and Bolshevik Russia.

After it had declared its first Republic in 1918, Armenia joined the Soviet Union on December 1920. After the collapse of the USSR, Armenia became definitely independent on December 21st ,1991. Today, the Armenian Republic has a parliamentary regime presided by Armen Sarkissian; but the Armenian president has become Nikol Pachinian’s Prime Minister since 2018.  Armenia has approximatively 3M5 inhabitant. The Arminian economy is mainly agricultural. The country has very few natural resources and its industry is concentrated in Erevan, the capital city. Armenia relies totally on its two economic allies: Russia and Iran.

The Armenian state is politically landlocked and has conflictual relationships with Turkey, Azerbaijan, and Pakistan.  It is supported by Russia and, increasingly, by Iran. It is militarily protected by Russia especially against Azerbaijan notably after the reemergence of the Nagorno-Karabagh conflict.

The first Azerbaijani Republic is officially proclaimed independent on May 28th, 1918 as The Democratic Republic of Azerbaijan. It was the first secular and Democratic state in the history of Islam parenthetically before Turkey.

Yet, the country was occupied by the Red Army and became part of the USSR after 23 months of its foundation. After the collapse of the USSR, Azerbaijan became definitely independent on August 30th, 1991.

The Azerbaijani population reaches 10,25 million people. Its capital city is Bako. The current president is Ilham Aliyev. Many natural resources are found in the country namely hydro carbonic resources like oil from the Caspian Sea. The country’s economy is in constant growth. Azerbaijan represents a real crossroad between Eastern and Western Europe thanks to its geostrategic location. The country has strong diplomatic relationships with its neighboring countries: Turkey, Iran, Russia and EU countries.

The origins of the Conflict

The opposition between Armenia and Azerbaijan dates back to early 18th century; in the epoch of Tsarist Russia who had decided to concentrate the Christian Armenian in the South of Caucasia to resist any potential Muslim expansion coming from The Ottoman and Perse empires located on the Russian boarders. When Azerbaijan became an independent Republic, many Azeris used to live in Armenia as did many Armenians in Azerbaijan especially in Nagorno-Karabagh where they represented 70 percent of the population. Nagorno-Karabagh was part of the Republic of Azerbaijan as the Allies did recognize.

From then on, continuous fights will occur in the region of Karabagh between Armenia which wants to annex it to its map and Azerbaijan which seeks to defend its entire territory.

Back in 1987, The non-Armenian population (Russians, Azeris, Jews, etc.) were excluded from Armenia.  250 0000 refugees consequently joined Azerbaijan. From the fall of the USSR, Armenia keeps claiming Nagorno-Karabakh and supporting Karabagh’s Armenian separatists. The Armenian independentists in Karabagh are excluding the non-Armenian population from the region with the help of the Armenian army without any intervention from Russia. A cease-fire was concluded in 1994, but it only resulted in the occupation of Nagorno-Karabagh and seven (7) surrounding regions by the Armenian troops. The cease fire requested by Russia aimed at freezing the fight until the two states start diplomatic negotiations; but Nagorno-Karabakh is unilaterally proclaiming its independence even if the UN affirms Azerbaijan’s sovereignty over its whole territory.

In 2008, the UN General Assembly adopted the resolution number 62/24338 which says: “To respect and uphold the sovereignty and territorial integrity of the Republic of Azerbaijan within its internationally recognized borders, we demand the immediate, complete and unconditional withdrawal of all Armenian forces from the occupied territories of the Republic of Azerbaijan and reaffirm the inalienable right of the population expelled from the occupied territories to return to their homes, stressing the need to create conditions conducive to their return.”

For the European parliament, it has adopted many resolutions (May 20th, 2010; April 18th, 2012, October 13th and July 9th, 2015) in which it condemns the Arminian occupation of the Azerbaijanis regions.

Finally, the European Court of Human Rights (ECHR) noted in its judgment of June 16, 2015 the intervention and illegal presence of the Armenian troops in the Azerbaijani territory. Azerbaijan sees Armenia’s refusal to these resolutions as a clear evidence to its undiplomatic intentions and its willing to temporize to progressively occupy the Azerbaijanis territories.

The Minsk group was created in 1992 by the Conference on Security and Cooperation in Europe (now OSCE: Organization for Security and Cooperation in Europe) which seeks to end the conflict. The Minsk group is commonly governed by Russia, France and USA but it failed to find an end to the Nagorno-Karabagh struggle. It rather seems to be more concerned about the conflict’s probable extension to the neighboring countries which can destabilize Eastern Europe rather than definitely solve the conflict in Nagorno-Karabagh. In such an impasse, President Ilham Aliev addressed on September 27th an ultimatum to Armenia to immediately retire from the occupied territories. This led to the beginning of the conflict located out of the Armenian boarders due to the strategic location of the two belligerent states.

A war which threatens the region’s Balance

While the Azerbaijanis army directs its attacks at the Armenian forces in the occupied regions, missiles fired from the Republic of Armenia are directed at civilian and economic targets located up to more than 350 km inside the territory of Azerbaijan, including Azerbaijanis power stations. The message is clear: “We have the means to reach the heart of your economy “. This threat can disturb the balance of the region which surrounding countries like Russia, Turkey, and Iran as well as other Azerbaijan’s economic partners depend on. The Azeris forces are responding back to reconquer their occupied territories and say they are ready to establish any form of negotiation as long as the Armenian troops leave Karabagh and its neighboring regions.

The conflict’s situation is indeed complex and sometimes hard to understand on papers.  This difficulty is mainly the consequence of Western, particularly French politics and media which are giving their own vision of the conflict. The strong Armenian presence in France, with no judgmental intentions, is influencing the public opinion about the conflict. The faraway country known as Azerbaijan hasn’t such advantage. The Arminian diaspora forms such a well-organized community composed of 700 000 Armenian people namely Armenian political figures and strong mediatic groups. Voters do mind about candidates’ point of view about the Nagorno-Karabagh conflict. Some collects and convoys are organized in cities like Alfortville, Marseille and Lyon with the support of local elected political officials to help the Armenian population.

The current vision about the conflict is also influenced by political and mediatic companies which reflect Muslim’s situation in France. The conflict is usually subliminally seen as if a Christian country were fighting an Islamic state even though France, being attached to the values of Secularism, should rather have supported the first secular country in the Islamic world. 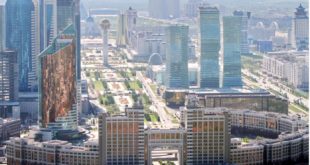